The Transport for London (TfL), the authority which regulates and monitors traffic flow and control in Greater London, announced earlier in the month of April 2012 that it might consider using a mobile monitoring system during the Olympic and Paralympic Games which were held in London between July 27 and August 12.

The reason cited for using such a software was to monitor the flow of traffic and movement of people across the city considering the fact that the massive event attracted hundreds of thousands of people from around the world putting more burden on the city’s infrastructure. Such a software system would have allowed the TfL to monitor the movement of people as they travel between different venues, including the Olympic Park, various landmarks and around the downtown region. This would have made it easier for the authority to regulate the flow of traffic and ensure that no untoward situation would arise.

These days, nearly all of us have a mobile phone with us, and smartphone applications have made our lives further easier. Different governments from around the world have used mobile monitoring software in the past for various reasons, and despite criticism from civil rights organizations, such systems have been used to control crime in other parts of the world in the past, with the usage by intelligence agencies such as the FBI making headlines. Therefore, its use for monitoring traffic was an innovative idea and could have given this technology some positive light by critics. 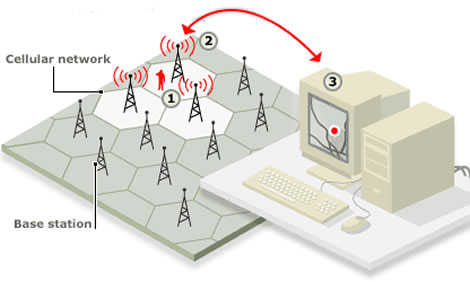 According to an interview given by the director of Games Transport, TfL, Mark Evers to V3, Mr. Evers mentioned that his organization is still discussing the feasibility and suitability of such a system which can be used for the collection of data anonymously from mobile phones being used by visitors and residents alike. Such a system had been used as an experiment in London on the St. Patrick’s Day. Moreover, he also mentioned that such a system would allow TfL to be in a better position to plan out everything and provide with a tool through which they can conduct their operations with real time monitoring.

TfL would have used this software with a few other data tracking sources and would allow them to cover up on the short comings of all the other systems that have been installed in London over the years in order to control crime, decrease the chances of terror attacks and also, for monitoring the movement of people throughout the streets and roads of the city.

As we all know, London happens to be one of the most high tech cities of the world renowned for its world class public infrastructure which is famous across the globe for the Underground, the Double Decker Buses and the Black Taxis. TfL itself uses a very sophisticated system through which it has managed to control the traffic in the city successfully for many years, avoiding the kind of congestion witnessed in many large cities from around the world. A large number of London denizens usually take the Underground for travelling across the city, and the number of passengers the trains carry increases manifold during the rush hours. In fact, on a normal day around 12 million people use London’s public transport and organizers recorded a 25% surge on the opening day ceremony of the London Olympics which took place on July 27.

The usage by TfL of the mobile phone tracking technology for traffic management is just the start. According to a study about the prospects of this technology in the future, governments might develop a well connected phone terminal which would connect itself with mobile phones and use the interface for managing your trip on the roads and streets of your town. For example, the interface could be used for regulating parking on the busy districts in the city of London and an automatic message would be sent to the mobile phone users regarding the situation, and you may even reserve a particular parking spot through your cell phone before you leave your home. Moreover, governments may also be able to implement congestion road pricing in a better and more effective manner by tracking the mobile phone of the car drivers. Better traffic management could also be implemented in the case of toll collection by allowing those connected with the system the opportunity to pay through their cell phones.

The system would automatically detect your presence. Over the years, several mobile monitoring apps have been developed by different software houses but currently, most users are using them for basic purposes, such as monitoring the movement if their children, pets or even partners. However, mobile tracking technology has also received a lot of attention from the FBI and more recently, the MI5 also revealed its plan for implementing a mobile tracking system through it will be able to conduct active surveillance making it easier to control crime and terrorism. While M15 has not exactly revealed which technology it would be using, but it is expected that it would be following FBI which has been using the GSM system. In fact, the latest technology in the world of GSM is the Stingray, through which FBI officials say they can detect the exact location of the mobile phone user in any part of the world. The Stingray basically mimics itself as a cell phone tower and gets to your phone by connecting itself through the measuring signals. This allows the operator to continue sending a signal to your cell phone and continues to locate it till the time you switch your phone of.

The London 2012 was a massive event, and the TfL might consider officially experiment this system before implementing it fully during the next major sporting events that are to take place in the city in the coming years.